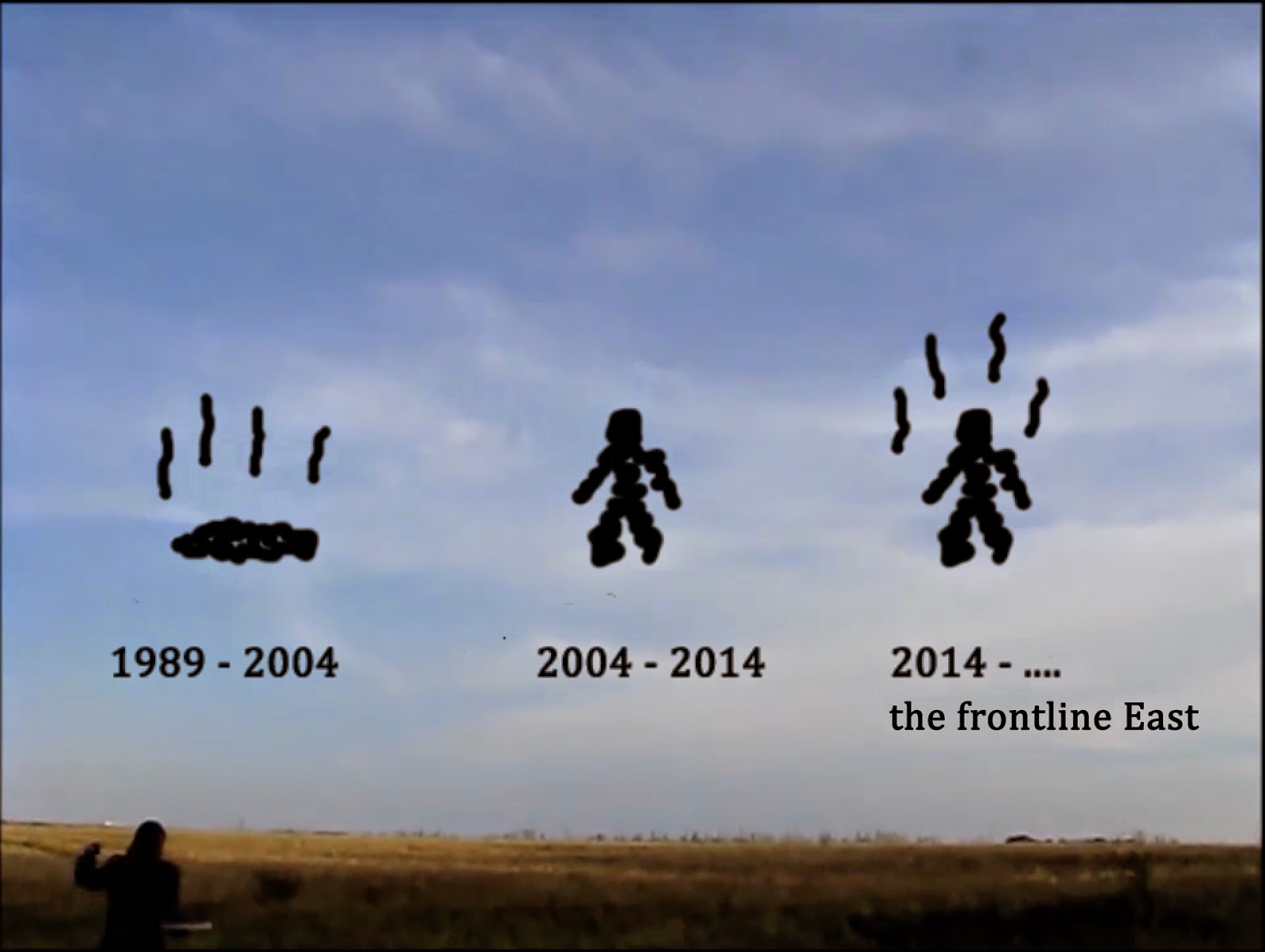 
The process of organizing knowledge about Eastern Europe has leaded to the scheme "Three displays of Eastern Europe", based on two different types of transformation:

In the book “Necropolitics, Racialization, and Global Capitalism” (2014) Marina Gržinić and Šefik Tatlić write about “the former East” as one of the dark sides of European Union and the West. They relate the dark side mostly with migration and labor politics of Europe, but since 2014 “the former East” occurs as the strategic military frontline, constituted by the regions that have borders with Russia.

The exhibition gives overview of my artistic activities from the past years, that have turned out as the final years of "the Former East". At least in the Baltics, that was almost never included to the discourse of the Central and Eastern Europe. During the period of westernization Ukraine always existed as the target for Western investors and as a resource of cheap labor for the West and the whitest parts of the Former East - especially Poland.

The exhibition starts with the look into the biopolitical origin and genealogy of East European nation states, which is illustrated by the story from President Lennart Meri. It proceeds with focus on the relations with the West - mostly through migrant labor from the East. The documentation of performance "Human Forestry" in Helsinki by 10x10m artist group is a necessary reference here, in order to re-think the cultural bridge and brotherhood between Estonia and Finland, and the structural position of Eastern Europe in the policy of the EU. Finally the proof materials and responses to the necropolitical turn are displayed.

The exhibition of part of my four years long artistic research – the re-articulation of Eastern Europe, using the concepts of decoloniality.

1. Introduction to Eastern Europe and decolonial option, in Estonian context:

2. Thinking of Eastern Europe and difference within the Schengenland:

Current exhibition has also the educational program, based on the following events:

Biopolitical idea of East European poverty (or rather a hotbed of migrant labor) seen as a natural resource of Western welfare society.


The performance „Human Forestry“ by 10 x 10 meters was dedicated to Estonian immigrants working in Finland, but also to all other East European workers in the West. The performance took place in Helsinki, Kiasma and included the following: Estonian national resources – timber and human labor – were transported over the Gulf of Finland on the expenses of Estonian Culture Endowment. The timber – a huge pile of logs – was located in front of the gallery space of Kiasma, by using physical work of four people. Kiasma as the hosting institution for this event was let free to interpret, use or archive the logs as the embodiment of migrant labor. This statement was addressed to Finnish and Estonian societies. People who'd agree with this statement were asked to join rolling the logs into gallery space of Kiasma between 2 PM and 5 PM on 7-th of October 2012.

The biopolitical narratives of the formation and neoliberal management of East European nation states, transforming towards necropolitical war states.

1.  The Strategical Planning of Transformation (2013, video)

A new kind of transformation has taken place in the Post-9/11 West. It means that death has obtained the strategic importance in organizing life. This fact is covered by privileges, freedoms and necessities, but in certain occasions it reveals itself directly.

“Life Call” is the recruitment campaign of Estonian Defense Forces that started off in 2008 and used advertising images in Hollywood style. It was related with NATO membership and military operations in the overseas. One of the advertising banners has the following text: “Life Call. A call to protect your close ones all over the world. What could be more important than protecting those who cannot defend themselves? What could be more important than protecting life in Estonia? Nothing. This was, this is my very life call”. The advertising speaks of death through its denial, in the way that the actual message “Death Call” is articulated in reverse: “Life Call”.

But what is this life that is being organized by the strategic participation of death? The transformation of the meaning of life could be illustrated with the advertising of SEB Bank (Swedish bank, second largest in Estonia) in street art style, painted on the wall of the bank building in Tartu. It portrays a giant banker (male figure, wearing a suit) holding a watering can and pouring water onto a sprouting green plant that is surrounded by tiny, flying insect-like humans. Here the financial capital appears as the inseminating primary source of life, and the banker performs as a patriarchal and divine figure, while humans have been reduced to small insects and their organic existence is only depending on the financial capital and the will of the banker. Thereby the existential meaning of life as such is defined by financial capital that operates in the society through the authoritarian and patriarchal relations between humans and global capital.

In this part i expose my public activities as artist and curator working and living in the context of the Baltic states.

1. Performance "Colonial Wound" (collaboration with Karolina Kubik), Creature Live Art Festival, Kaunas, Lithuania. The performance was based on a set of physical activities dedicated to the militarization of the Baltic states, Poland and Romania.

Documentation is based on photos, text and its censored version (related with the event in UP Gallery, Berlin) 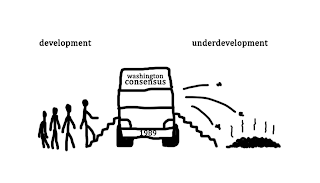